A termination and four weddings.

These are just a few of the phrases left in my head after I finished testing out various translation app features with different texts.

Sure, machine translation has a long way to go.

But translation apps are very useful if you don’t push them beyond their capabilities.

In this post, we’re going to explore some of the best translation apps for Android!

Why You Definitely Need at Least One Translation App

Whether you’re a language learner, a traveler, someone living abroad, all of the above or none of the above, not having a translation app—assuming you have a smartphone—is just silly. Here are a few reasons why.

So let’s check out the best translation apps for your Android.

Before we start, I want to note a couple of things. First, there are a lot of translation apps, but many are just slightly different versions of other apps. These below all offer something unique.

Secondly, not all the language learning apps below can be compared apples to apples. Five are fairly similar in that they include the same basic translation features (text, voice, conversation, photo). The other three serve different primary functions and are still very useful.

All right, let’s take a look!

Google Translate is still considered the translation app for a variety of reasons:

One thing Google Translate is notable for is its instant camera translation: You can simply aim your camera at whatever you want translated. This seems to work best on medium-sized printed text with good contrast (bold black font on white paper, for example). The main downside is that, especially with small-sized texts, translations fluctuate when the text is viewed at even slightly different angles, sometimes becoming jumbled up and illegible. However, if you can hold your phone with a steady hand, the feature can be very useful for reading menus, signs, flyers and the like. You can also opt to scan the text instead.

It’s difficult to beat all of the above. Keep reading, though, because there are some surprises ahead. 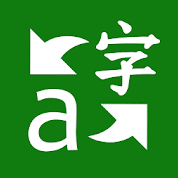 Microsoft Translator is also pretty good on all fronts. Here are the main differences between it and Google Translate:

Considering the above, Microsoft Translator might be best for business and academic purposes. It’s not quite as user-friendly as Google Translate, but it has its advantages. 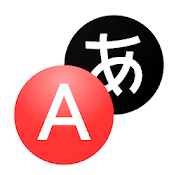 Yandex is the translation app I found the most unexpectedly exciting. Let’s look at the breakdown:

So that’s all good to know. But what was most impressive to me was the actual translation tech. As you type or talk, you can watch the translation shift and change according to the current context. In my experience, Yandex was the best at using context out of any of the apps on this list.

No joke, it photo-translated an entire page from Proust’s “À la recherche du temps perdu” (In Search of Lost Time) from the original French in a way that was mainly comprehensible. And when I started inputting the actual text, it started translating it in a way that was virtually indistinguishable from a human translation. I’m not suggesting that it was able to make the same refined choices a human literary translator would make, but it definitely seemed to be educating itself as it went along.

Yandex’s penchant for context may actually make it work less well overall for shorter texts like signs and titles. I noticed it sometimes tries to make sentences of bits of text that aren’t actually linked. However, it can be frighteningly good at translating longer texts written in complete sentences. Frighteningly. Time to prepare for the robot revolution. 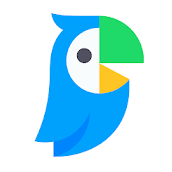 Papago is a fairly new app made by Naver, the corporation behind the popular Korean search engine of the same name. Here’s what it’s got:

Overall, Papago in some ways feels like a work in progress, but an ambitious and exciting one. Some of the features, like photo translation, feel a little shaky, but others, like the handwriting input, are incredible. Among English speakers, this one will no doubt appeal most strongly to learners of Korean, Chinese and Japanese.

iTranslate is another translation app that offers all the main features of the major apps above, but it doesn’t offer all of them for free. Here’s what we’re looking at:

Some features, including voice translation and Lens (the photo translation tech) are only available with iTranslate Pro for $39.99 a year (there’s a week-long free trial).

I found that Lens was better at capturing smaller text in low-contrast situations than other apps. The voice recognition technology was also pretty impressive. However, in my experience, the actual translation results were mixed. Unlike with Yandex, iTranslate seems to do best with shorter, conversation-based translations.

In general, iTranslate isn’t as user-friendly as Google Translate or many other apps, but there’s a lot under the hood. Its main appeal is that it offers all-in-one features over a variety of languages. It seems like it would be best for dedicated travelers and business professionals who want to get as much as possible out of only one app and are willing to spend some time learning to use it most effectively. 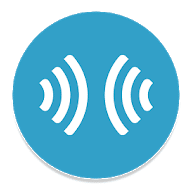 This super simple app uses Microsoft’s translation tech along with a different type of speech tech and only one main feature: basic two-way conversation.

SayHi can quickly be fired up when you need it for a bilingual conversation. It’s the simplest, most intuitive app on this list, and is good for everyone to have on hand, as it could come in handy in an emergency or other unexpected situation. 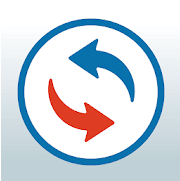 You may be wondering, what is a “translation dictionary”? Well, Reverso uses Google’s voice translation tech, but then allows you to deep-dive into the results and examine them closely through definitions, example sentences, related phrases and conjugations. In other words, it doesn’t just leave you hanging with the given translation but allows you to check for yourself how accurate it is.

While, true to its name, Reverso makes it easy to reverse language pairs, its best application may be using a language you already know to look up idioms and other phrases you’re unsure about in your target language. For example, “I need to get some air” in English brings up “J’ai besoin de prendre l’air” in French, along with related phrases and examples. 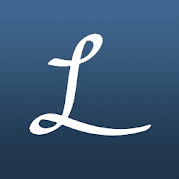 When you search for a word or phrase (which can also be done by voice lookup) on Linguee, you don’t just get a definition. You get a host of already translated webpages between your learning and target language.

So for example, if I search for how to say “coffee” in Russian, it gives me the word, “кофе,” along with example sentences and related words and phrases. It then gives me a whole list of excerpts taken from real websites that include the word “coffee” in English with the surrounding language and the Russian version of those same sentences.

Linguee gives you the chance to see how a word or a phrase has been translated in context, over multiple contexts.

This makes Linguee not only a great dictionary app, but a wonderful tool for professional translators, language learners and anyone else studying a language for any reason.

The robot revolution may not actually be here yet.

But there’s no harm in making peace with the machines already among us.

Download any of these great translation apps for Android and see for yourself.

Elisabeth Cook is a freelance writer who blogs at Lit All Over.

Elisabeth Cook is a writer, blogger and translator. You can read her blog at litallover.com.