From Constructed to Natural: The Most Logical Languages You Can Learn

Believe it or not, some languages actually follow their own rules!

So if you’re asking yourself, “what language should I learn?” choosing a logical language may just be your answer.

Let’s explore some of the most logical languages you can learn today.

What Do We Mean by “Logical”?

We’re looking for languages that, regardless of your mother tongue, make the most “sense.” What might that mean? Logical languages have:

It’s worth noting at this point that “logical” does not mean the same as “easy to learn.” This is a much more subjective term, and also depends a lot on what languages you already speak. For instance, Spanish would seem comparatively easy to an Italian but completely alien to a speaker of an Asian language.

Some of the languages we’re looking at are listed among the most difficult to understand, but once you know the rules and the vocab your journey to fluency will be smoother than something less logical.

What About Constructed Languages?

Before we move on to the natural languages most of us are used to, it’s worth mentioning artificial or constructed languages, also known as conlangs. Believe it or not, there are dozens of these, created for all sorts of different reasons.

Some of them, like Klingon from “Star Trek” or Elvish from “Lord of the Rings,” are designed for fictional purposes and intended to imitate natural languages. These are less likely to be what we might call logical.

However, other conlangs are created with logic in mind. Here are some examples:

Probably the best known conlang, Esperanto was designed with the intention of being a universal, international language. Created in the late 1800s, it now has around two million speakers and you can even learn it on Duolingo.

With ease of learning being a top priority for its creator, Esperanto has an extremely regular grammar and a vocabulary that draws from existing languages (albeit from a Eurocentric perspective.)

With some links to Esperanto, this is considered a “zonal” conlang. That means it’s created by fusing elements of existing languages from a certain region in a logical way. There are no special endings or declensions in Slovio, so clarity is communicated with as much efficiency as possible.

Slovio has an official website if you want to find out more.

Lojban’s name is formed from the roots of its own words for “logical language”—so you can see why it might get a place on this list! It’s an obvious contender for the most logical language.

Primarily built for the purpose of linguistic research, Lojban’s unambiguous grammar is based on the principles of formal logic. There are no exceptions to any of its rules, and it’s culturally neutral, meaning there should be no difference in difficulty of learning and speaking regardless of where you come from (although it does use the Latin alphabet.)

You can find resources to learn Lojban on its website.

4 of the Most Logical Natural Languages

Conlangs are fascinating and definitely an adventure for an experienced polyglot. However, other speakers can be hard to find so their utility is limited. In terms of natural languages, then, what are the most logical ones?

Remember we said earlier that logical and easy are not the same thing?

Basque, the language of the Basque Country which straddles northern Spain and southern France, is regularly listed as one of the most difficult languages to learn. It has complex grammar and, although it has some loanwords from Spanish, it’s considered a language isolate—meaning that it’s unrelated to any other known language.

But despite its complexity and isolation, Basque speakers will still say that it’s a logical language. Once you get your head around its many rules, there’s very little irregularity in verbs and syntax compared with other European languages. This means you can predict much more consistently how sentences ought to be created as long as you’ve studied the basics.

One word of caution: Despite the small size of the Basque Country, there are several different dialects. However logical the standard language might be, there are still a number of idiomatic tendencies that you’ll have to learn. Check out Euskal Kultura to get started.

Could you have guessed this one? The stereotype of the German people is that they’re efficient and logical, so it’s no surprise that the language spoken mainly here—as well as in Switzerland, Austria and parts of Namibia and the north of Italy—lives up to the stereotype.

Like other European languages, German does have some irregularities in verb and plural forms, so it might not get as many logic points as other languages. However, the syntax is fairly rigid, meaning German sentences are extremely consistently structured.

Meanwhile, although some very long German compound words can appear intimidating, they’re constructed in a satisfyingly logical way—helping hugely with comprehension. Consider the daunting Naturwissenschaftenlehrer. A 25-letter monster. But break it up: Natur means “nature”; Wissenschaften is “knowledge”; Lehrer is “teacher.” The word means “science teacher”!

Like with Basque, the Turkic languages might be a language family you haven’t come across before. Nevertheless, time and time again you will hear that Turkish is a very logical language.

Despite its diacritics, which can make it look alien to English speakers—consider the consonants in a word like açığı—the language is phonetically written. Once you know how to read each character out loud, you’ll have no problem reading words and sentences. 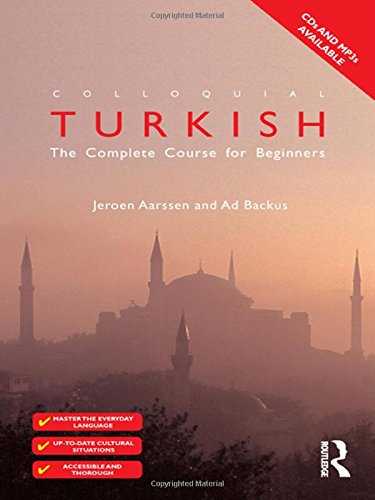 There are also suffixes that change the meanings of words and can appear confusing, but they’re very consistent. With Turkey being an important country on the global scene as well as a great tourist destination, it would be a great language to pick up.

The Fluent in 3 Months blog recommends Colloquial as a great resource for beginners.

Scary, right? Another one of those languages which is notoriously hard to learn, at least for speakers of English and other European languages.

Having said that, I can’t help but get the feeling that a lot of this is because people are put off by the script. Sure, the vocabulary is tough, but isn’t that true in any language?

Chinese has a lot going for it from a logical perspective. Words don’t change their forms, and meaning is assigned simply by combining different words together. For example, a sign you see everywhere in China is 出口, meaning “exit.” This is created by combining the character 出 (“out”) with 口 (“opening” or “mouth”). It’s literally an opening you go out of. Straightforward, right?

It does have a disadvantage compared to some of the others on this list since the characters bear no phonetic resemblance to the words—exacerbated by the fact that many Chinese characters have multiple pronunciations, especially when dialectical variations are factored in. But once you start building sentences in Chinese, you see how logical this widely spoken language can be.

BBC Languages is a great place to start learning Chinese if you’re interested!

Where to Learn More

Now that you’ve seen our list of the most logical languages, you might be eager to jump in and start learning one. There are tons of resources to do this (especially for widely-taught languages like German and Chinese). But where should you, the logical language learner, begin?

You’d probably agree that if you want to speak like a native, it’s most logical to learn from natives. But how do you go about doing this? It’s not as hard as you might think. With the Internet, it’s easier than ever to find authentic content in your target language.

This holds true, even if you’re looking for resources to learn an uncommon language like Basque. The same goes for learning Turkish.

It’s even easier to find high-quality learning materials for widely-spoken languages like German and Chinese. There are plenty of vocab builders like Memrise out there, and also virtual immersion platforms like FluentU. In short, the world is now your logical language learning oyster – and fluency is the pearl!

Which of these is the most logical? Well, that’s hard to say: Ultimately they’re all natural languages and millennia of development have left them with illogical quirks. Try one out and see how you find it. And, if you can’t master it, there’s always Lojban!