“Love” in 20 Different Languages (and More!)

The language of love is deep, complex and beautiful.

…But so is actually learning a language!

And there might be nothing better than infusing your learning with an extra dose of love and romance (and no, we don’t just mean Romance languages).

With the valuable vocabulary and lovingly poetic resources below, we’ll equip you with the word for “love” in 20 different languages, plus all you need for the most romantic Valentine’s Day, anniversary or other romantic celebration.

You never know when you’ll need to profess your feelings. When you feel love, you may just want to shout it out, so it won’t hurt to know how to say “I love you” or express your love in other languages.

Plus, learning “love” and related vocabulary is a fun and happy activity. You can never learn enough foreign language vocabulary, and upbeat vocabulary words like “love” make learning even more fun.

Finally, using your “love” vocabulary can put a romantic twist on special occasions like Valentine’s Day. Foreign languages are often associated with romance, so learning “love” in other languages can infuse your holiday with something a little special.

How to Use Your “Love” Language Skills

Say “love” words to that special someone. Learn how to pronounce “love” in a number of different languages. Then, you can speak your amorous words to your beloved.

DIY a Valentine’s Card. Whether you just copy and paste words or poems and print them off for that special someone, or dust off your fine penmanship to handcraft a card, foreign language words and poems can be terrific material for your perfect Valentine card.

Share your vocabulary with family. You love your family, too, so don’t hesitate to throw out some of your most loving words for them. They deserve it!

Use your “love” language as a great gift for the language learner in your life. If you’re the artistic type, you can create artwork using “love” related vocabulary. However, even if you don’t have art skills, you can give the language learner in your life a terrific gift by giving them a book of love poems in their target language. Not only will this show your love, it will show you’ve truly paid attention to their interests. 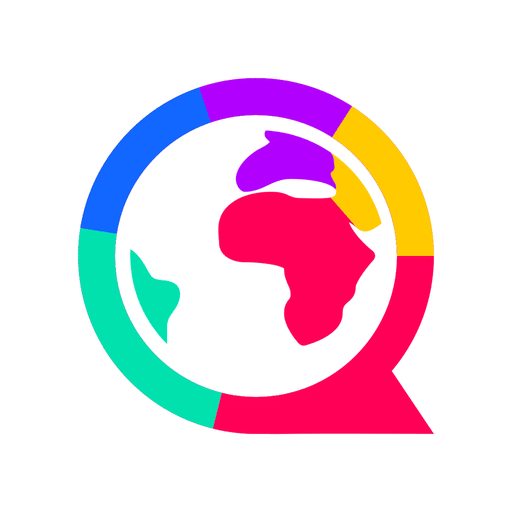 You could also further impress them by committing a bit more to the language (but your beloved is your very first commitment, of course).

For this, FluentU can be your wingman. It’s a language learning app that makes lessons out of authentic videos made by native speakers, like music and news. Each clip comes with interactive captions that teach vocabulary in context, so you can learn to accurately use both romantic phrases and essential, everyday ones. Personalized quizzes and multimedia flashcards are also offered to help you remember the material so you can profess your love with confidence.

Love, Love, Love: How to Say “Love” in Different Languages

Below, you’ll find the word for “love” in 20 languages. Simply click the link to access a pronunciation of the word. But the romance doesn’t have to stop there! Use the words below as a starting point to indulge in the activities above. We’ve also included links to love poems in a few of these languages, along with some other fun resources. 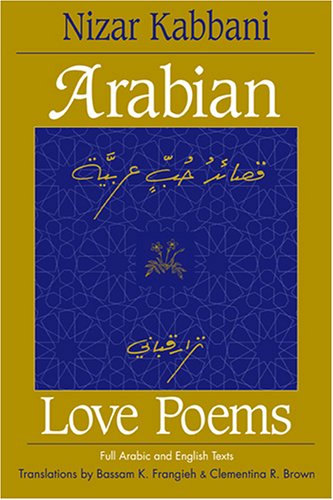 The Arabic noun for “love” is حب. The pronunciation can vary between speakers.

The Bengali noun for “love” is ভালবাসা. It sounds like “bha-LO-bashah.” However, the initial “b” sound is very soft. 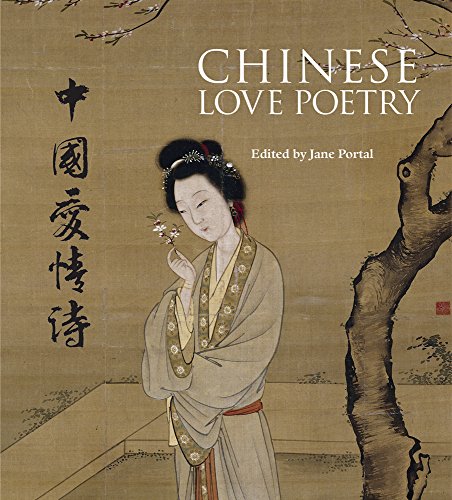 Despite the language’s reputation for being challenging, this might be one of the easiest to pronounce “love” words you’ll find! The Chinese noun, 爱, is pretty straightforward. It sounds much like the common pirate word, “aye.” Or, I mean, I guess you could compare it to the English word “eye.”

But that might be too simple for the Chinese lover, so you might also want to use “Chinese Love Poetry” for some additional romantic options. This beautiful book features art, calligraphy and poetry along with English translations.

It’s worth noting that China actually has its own Valentine’s Day, which you can learn about here while also picking up some romance-based vocab.

Pag-ibig is the Filipino/Tagalog word for “love.” It’s pronounced like “pah-GEE-big.” 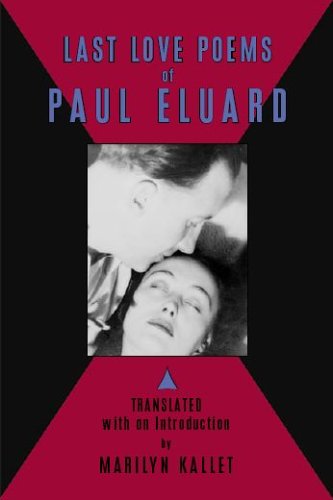 Amour is the well known French noun for “love.” It’s pronounced like “ahm-OOR,” although it will sound much better if you can say it with a throaty “r” while handing your beloved a box of macarons.

To take it to the next level, you might also read excerpts from “Last Love Poems of Paul Eluard,” which shares poems by the noted French poet along with their English translations. 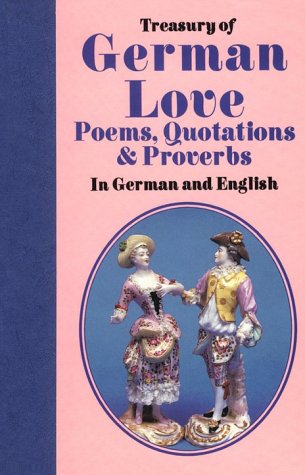 Liebe is the German noun that means “love.” It’s pronounced like “LEE-buh.”

While the German language may not be widely associated with romance, it can still be a tremendously romantic language. Don’t believe us? Just read “Treasury of German Love: Poems, Quotations & Proverbs,” which features romantic works along with their English translations.

Check out these romantic German phrases.

Αγάπη is the Greek noun for “love.” It’s pronounced like “ah-GAH-pee.”

The Hindi noun for “love” is मोहब्बत. Pronunciations can vary according to accent.

Cinta is the Indonesian noun and verb for “love.” It’s pronounced like “CHEEN-tah.” However, it’s important to note that the “c” sounds like a cross between “ch” and “j” and the “t” sounds a lot like “d.” 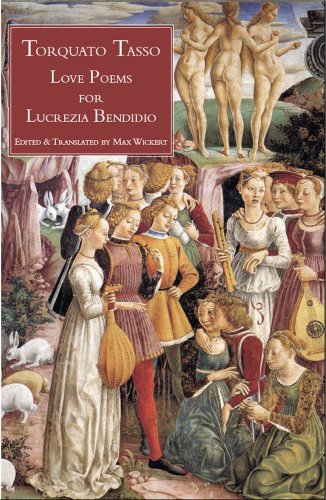 “When the moon hits your eye, like a big pizza pie, that’s amore.”

And yes, amore is the Italian noun for “love,” and it’s pronounced just like you’ve heard it in the song: “ah-MOH-ray.” But try to soften or flip the “r” a little.

And the Italian language has no shortage of love poetry. For instance, “Love Poems for Lucrezia Bendidio” is a dual-language (Italian and English) text that features love poems written by a then-teenaged Torquato Tasso. And yes, they all are about the same woman. It’s hard to beat that level of romance.

Pick up some romantic Italian phrases and learn more about dating culture in the boot here.

The Japanese noun for “love” is 愛, and if you’ve been paying attention, that might look familiar. That’s because it’s the same character used in Chinese, and the pronunciation is similar. It’s pronounced like “aye” or “eye.”

If you’re keen on confessing your love in Japanese, you’ll definitely want to learn these romantic phrases.

The Korean noun for “love” is 애정, though this can also mean “affection.” The pronunciation is close to “EH-jung.”

Here’s a terrific website with Korean love poems that you can use to find some romantic material.

Studying Korean dramas is never a bad way to acquire love language, either.

The Persian noun for “love” is عشق, which can sound like “EH-shk” or simply “EH-sh.”

Amor is the Portuguese noun for “love.” The pronunciation is “ahm-OOR,” much like the French word amour.

Want to keep the Portuguese love going? All Poetry offers several poems by Brazilian poet Vinicius de Moraes, many of which feature translations.

The Punjabi word for “love” is ਪਿਆਰ. The pronunciation can sound like “pee-AHR.” 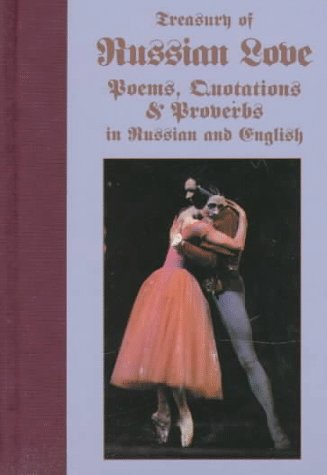 любовь is the Russian noun for “love,” which is pronounced approximately like “loo-BOHV.”

For a little Russian poetry, you might read “Treasury of Russian Love: Poems, Quotations and Proverbs in Russian and English,” which includes both Russian poems and their English translations.

Here are some romantic phrases for surviving those cold Russian winters. 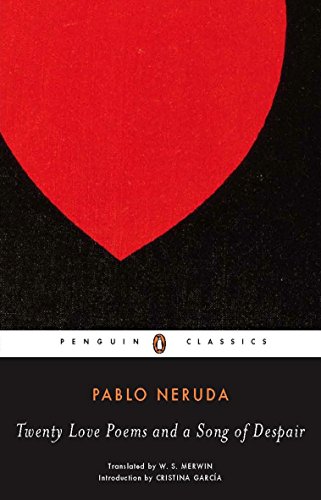 Amor, the Spanish word for “love,” may look a lot like the French, Portuguese and Russian versions of the word, but its pronunciation is a bit different, perhaps closer to something like “ah-MOHR.”

And Spanish has no shortage of great romantic poetry. “Twenty Love Poems and a Song of Despair” will provide you with some wonderful works by acclaimed Chilean poet Pablo Neruda.

Need some help putting together those Valentine’s cards in Spanish? Here’s a special guide for you.

Kärlek is the Swedish noun for “love.” Go ahead and use it to describe your relationship with IKEA, but be sure to get the pronunciation right. Kärlek sounds sort of like “shar-LYEHK.”

The Thai noun for “love” is ความรัก. It sounds like “kwahm rahk,” though the “k” sounds are quite soft, almost like an “h.”

Aşk is the Turkish noun for “love,” and it’s pretty easy to pronounce. It sounds like “ahshk.”

You don’t have to jet your beloved to Paris to have a romantic Valentine’s Day. With these words and poetic resources, love is sure to be in the air.