Pop culture and humor are some of the best ways to learn English.

You can watch movies, listen to pop music or even learn through jokes!

But if you want to learn conversation through culture and humor, there’s a special type of TV show you can’t miss:

A talk show is a show with a host (the person hosting or running the show) who has different celebrities as guests on each episode and interviews them. They talk about upcoming (soon to come) projects, play games and have short comedy segments. People watch talk shows either because they like the person hosting or because they like a celebrity guest.

Because there is such a variety of guests and activities, you can also call these “variety shows.” So, why are talk shows the perfect way to learn English speaking and conversation?

Why Use Talk Shows to Learn English Conversation

A lot of people who watch TV for the purpose of learning English will watch sitcoms (situation comedies), where the focus is the characters’ everyday lives. These shows are fun, but they also are very scripted and can have really unusual situations.

Here are several reasons why talk shows are awesome for learning English conversation:

How to Use Talk Shows to Learn English Conversation

While talking with native English speakers is of course an excellent way to learn conversation, you can also gain this skill from watching talk shows. How? Here are several ways:

Guess why guests were invited.

Before watching, look up the guests who will appear in that episode. (Search for the show name on TV Guide, select “Episodes,” and then you’ll see the names of that episode’s guests. If you’re watching online from a channel’s website or Netflix, the episode description will tell you the names of the guests.)

Then, try to predict (guess) why each guest was invited on the show. Is the celebrity in a movie that was just released? Did the guest just publish a book? If you’re not familiar with the guests, look them up on Wikipedia (or do a Google search) to learn brief background.

After you know who will be on the show and why, predict what topics they’ll talk about with the host. Looking up recent news or celebrity gossip online might give you some ideas of possible topics.

This will help prepare you for listening, as you’ll understand the context better. While listening, compare your guess to the actual conversation—were you right? What topics were actually talked about?

Since the shows are done as interviews, you can pay attention to the host to learn basic conversation skills in English when talking to people.

Mastering the natural progress from topic to topic and open questions (questions that need more than a yes or no answer) is a great skill to learn. To practice, press pause after the host asks a question, and give your own answer based on your previous research.

Outline the conversations and reenact.

Jot down notes or outline the conversation while watching. Then afterwards, try to have your own conversation using just your notes on one of the topics. So don’t try to memorize word-for-word, but rather use the outline as a base to create from.

You can watch the show together with friends and try to talk about the same subjects together, or remember the notes and use them in a conversation later. This is a good way to practice conversation as well as interviews in English where you are taking the lead.

When you watch the talk shows, you can turn on subtitles so that you can see what they are saying and follow along. If you are watching online, you can pause to look up or translate phrases that you don’t understand.

You can also take a screen shot that shows a new word, so you can use the images later to review. Seeing the context and visuals will really help you remember the new words.

You can watch with subtitles on FluentU as well.

Find your favorite shows on FluentU and learn everything they have to offer thanks to the interactive subtitles. Give FluentU a free try and see for yourself!

Now that you have these techniques, here are some fantastic English talk shows to watch—starting with some American talk shows, and ending with a few British shows. 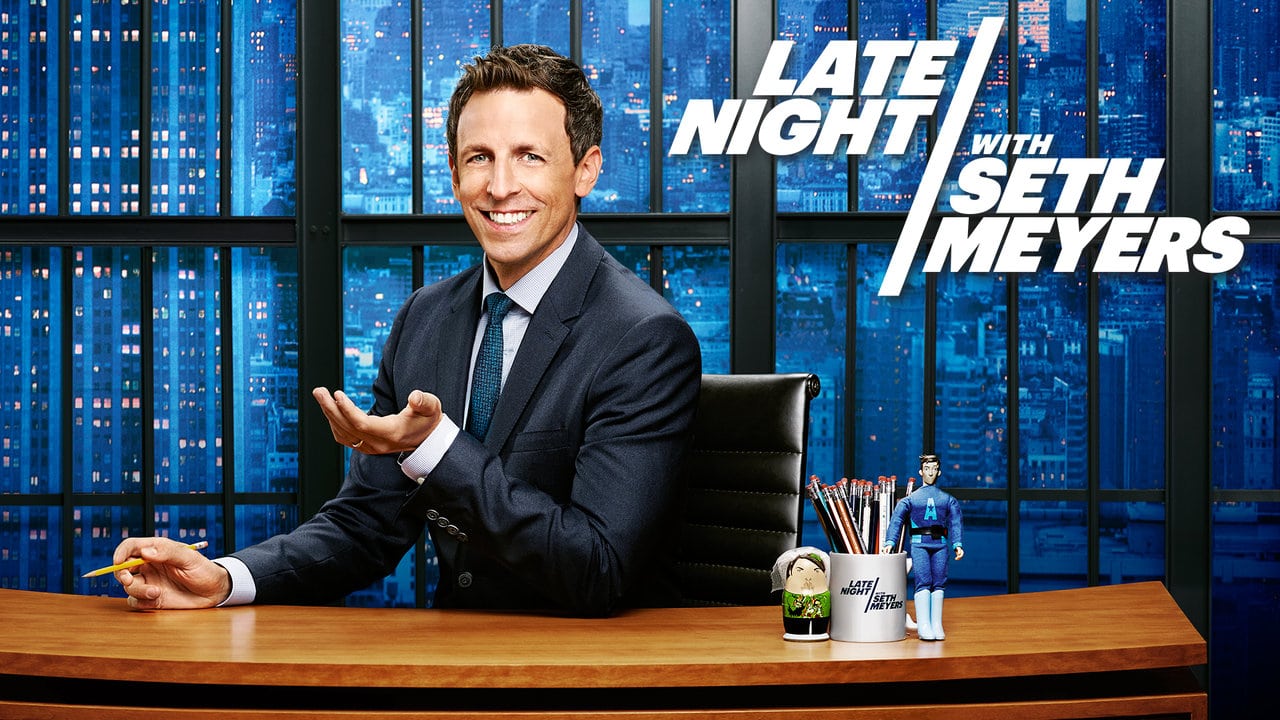 This show has been on air since 1982, and has had four hosts. The current host is Seth Meyers, who used to write for Saturday Night Live, a comedy show. There are thousands of episodes and guests have mainly been musicians and actors, but also politicians. There is also a house band which plays the theme song and all the songs before the music guests perform.

There are so many great jokes on the show, and sometimes Seth Meyers will list his favorite jokes of the week! 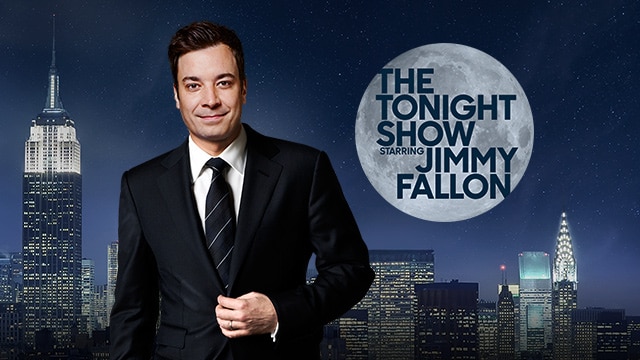 “The Tonight Show” is currently hosted by Jimmy Fallon, who used to be the host of “Late Night.” The show has been on air since 1954 and has had six official hosts. The house band right now is The Roots, who travel with Jimmy Fallon.

This show is famous for its games, and clips of them are often shared on social media. One the my favorite parts is when he reads thank you notes, or when he has a lip sync battle with the guests, like Emma Stone. 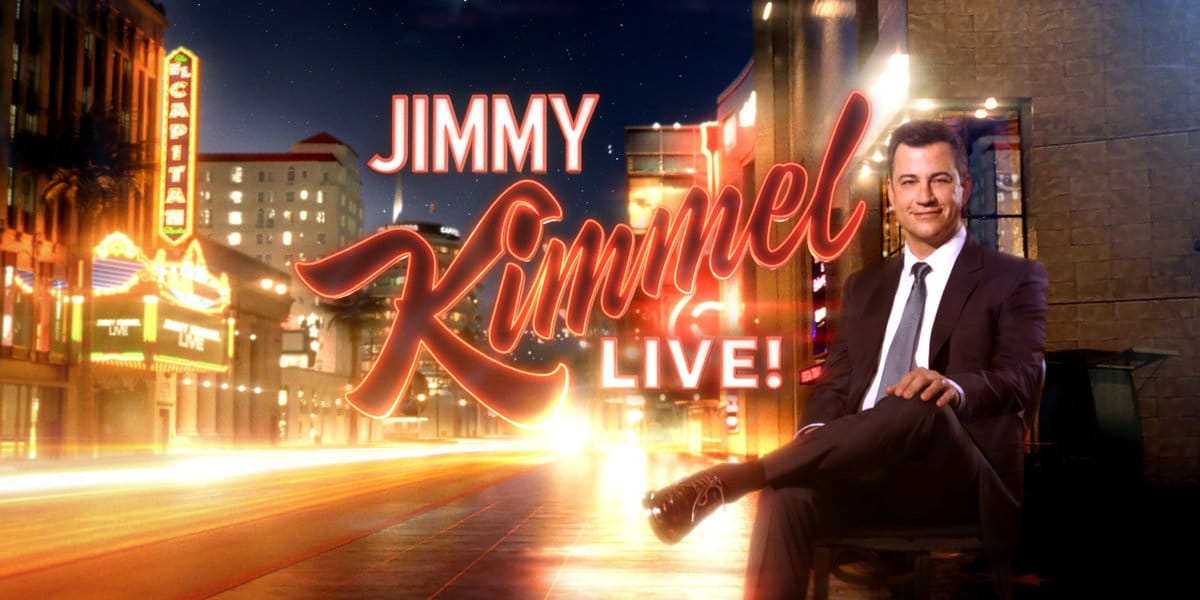 The Jimmy Kimmel show has celebrities and politicians as well, but they also have a lot of segments (parts of the show) with people on the street and people who submit their own videos. This show is more family-friendly and good to watch with children around.

You can see a lot of ordinary people on this show from around the world, and see how they ask and answer questions. A lot of people love to watch his “Celebrities Read Mean Tweets” segments, and the first clip I watched from his show was the Halloween prank on viewers’ kids.

This show is hosted by Conan O’Brien, who has been a host for many others including “Late Night” and “The Tonight Show.” He is also a musician, actor and comedian. Because he has been friends with a lot of famous people, their conversations are more like friends than an interview.

You’ll see ways to be funny during a conversation without being offensive, and also how to talk to old friends you haven’t seen in a while. Sometimes he goes out to different places for filming, like the time he went to a Korean spa with Steven Yeun from “The Walking Dead.”


This is a show that airs in the afternoon instead of at night, so it’s made more for families and parents who stay at home during the day. Ellen interacts with the audience at her live show, has giveaways, plays games and also interviews celebrities.

You can learn a lot about comedy and how to talk to people you don’t know—because she talks to members of the audience a lot. Ellen has even made games that people play at home, like The Marshmallow Game, which is hilarious to watch! Most of the topics are fun and relate to pop culture from social media, so pay attention to how she mentions these things.

If you love learning with talk shows and comedians, then you’ll also love the FluentU English YouTube channel. The video below breaks down some great vocabulary and common English phrases that Ellen uses during her stand-up performance. If you want to learn heaps of great vocabulary like stand-up, then be sure to check out the video below! 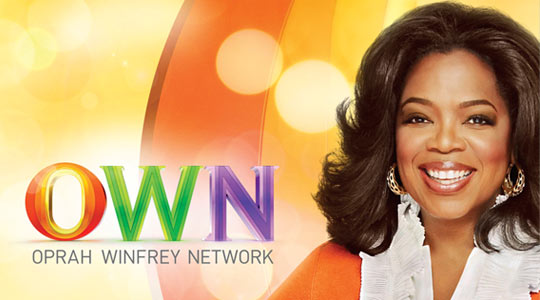 Oprah Winfrey is probably the most famous talk show host that there is. Although there are no longer new episodes, her show aired for 25 seasons, from 1986 to 2011, so there are more than enough episodes to watch. Oprah now has her own channel, magazine, shows, movies and several organizations. Because she does a lot of charity work, you can learn related phrases and ways to talk about current tough issues in the world.

On her talk show, Oprah also recommended books and things to do, so you can do those suggested activities to meet new people and be in a community that talks about the same topics. She is especially famous for giving away cars to people in her audience.

This is a famous British talk show hosted by Graham Norton, and it has been around since 2007. The guests usually come on together, so you can see how they talk and interact with each other and not just with the host.

People on here are from all over the world, though mainly from the UK, so you can hear their different accents. If you like Chris Pratt you will love the time he was on the show! 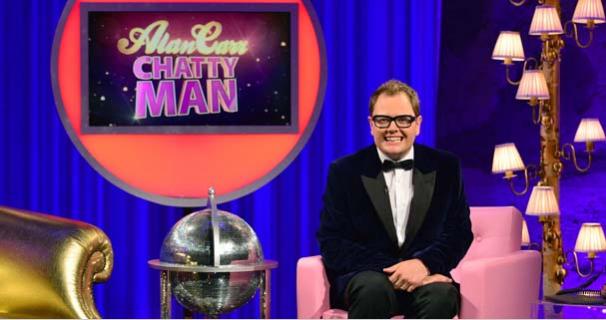 This is a show hosted by Alan Carr, who interviews celebrities and talks about news—both from the world and from pop culture. He talks faster, watching this show can help you keep up with fast talkers that you know.

This show has been around since 2009, and has won awards for being the best entertainment program. If you like “Game of Thrones,” check out the time Maisie Williams was on the show and talked about behind-the-scenes fun from “Game of Thrones.” 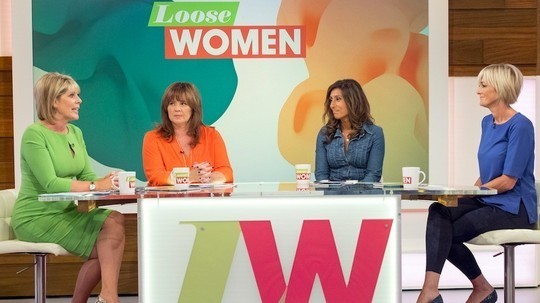 TV Network: ITV (in the UK)

This show has been around since 1999 and has four women who talk with each other and interview guests. This show has the hosts chatting with each other about current events and gossip. You can watch this to see how to stay on topic and easily move things along when having conversations in a group.

Being able to talk with several people at once in English is a useful skill for parties or events, so you can pay attention to how they include everyone when talking. Taylor Swift was even on the show once when she was first starting out!

Clearly there are a lot of different talk shows available to choose from. No matter which show you watch, by paying attention to the way people talk with each other, you can really learn an incredible amount of English. So happy watching and enjoy!

Christine McGahhey is an American writer currently living in South Korea who has volunteered for several years to teach students and adults English.