Music is a universal language.

It’s so universal, it can help you learn actual languages!

Let’s see how singing in English can help your pronunciation.

Why is Pronunciation So Important for English Learners?

First, having poor pronunciation can make you feel a bit embarrassed or simply uncomfortable while you’re speaking English. You’ll find it difficult to participate in speaking activities, which may significantly hold you back. Students who are aware of having poor English pronunciation often find themselves less motivated to improve their language skills.

Second, even if you’ve mastered every grammatical rule of English and have a wide vocabulary, poor pronunciation can cause some dangerous misunderstandings.

I’ll never forget one summer vacation by the sea when I ran into a bit of conflict with my best friend. I said, “what a beautiful beach over there!” to which he instantly got angry and snapped back at me: “How dare you! That’s my sister you’re talking about.”

You see, because of my pronunciation, he thought I’d used an entirely different word (an offensive English word that rhymes with “witch…”) to talk about his sister!

Finally, if your motivation to learn English is to advance in your professional career, you might want to know that cases of accent or language discrimination on the basis of poor pronunciation aren’t rare. This remains a significant problem that pronunciation practice can help you avoid.

For these reasons, taking the time to improve your pronunciation is more important today than ever. One of our favorite methods to do it—while having a lot of fun—is listening to songs in English.

So, I’ll end the scary road now and get on with ways you can improve your pronunciation with these songs.

How to Use Songs for Pronunciation Practice

First, listen to the song repeatedly. Remember that you need a lot of exposure to the language. And every time—even if it’s the first or the 100th time you listen to the song—your subconscious is learning and picking up a lot more than you think.

Remember that mega-hit (extremely popular song) “Somebody That I Used to Know?” You probably heard it hundreds of times on the radio or at bars and clubs. How much of that song can you sing along to without even thinking? Probably more than you think.

If you’re afraid to confuse the lyrics, most people won’t even notice, especially if it’s from a popular song. Don’t be afraid about making mistakes. Sing like nobody’s listening and if you end up confusing certain parts of the song, that’s okay. Enjoy it!

If you’re having a hard time remembering the lyrics, my favorite memorization trick is to take a picture of the lyrics and save it as my phone’s wallpaper. Think about it. How many times a day do you look at your phone?

As you get better and better, start looking up karaoke versions of English songs. These songs let you practice your pronunciation freely since the original vocals have been removed. You’ll also get some reading practice since the lyrics are provided in text. Try to record yourself and compare to the original!

To make it easier and more enjoyable for you, we’ve divided these songs based on their level of difficulty so you can choose and listen to one that fits your needs and goals as an English learner.

You can also find songs (and other authentic content) ordered by difficulty on FluentU, with helpful learning tools.

“Do-Re-Mi” from “The Sound of Music” (Beginner) 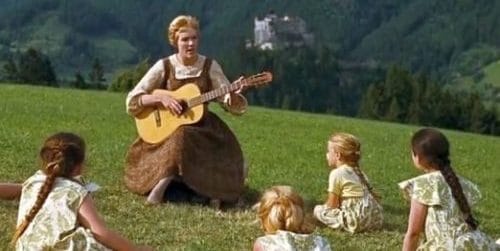 If you’re a beginner, you might want to start with a song like this one. “Do-Re-Mi” is a show tune from the musical “The Sound of Music.” This is a song about the sounds of words, and since it’s designed with children in mind, every word is clearly enunciated.

Just take a look at some of the things we can learn by listening to this song. It teaches several musical sounds by linking them with English words you may recognize. As you sing along, pay particular attention to vowel sounds.

Doe: a deer, a female deer.
Ray: a drop of golden sun.
Me: a name I call myself (the objective first-person pronoun).
…
Sew: (the verb for) a needle pulling thread.
Tea: a drink with jam and bread.

Just like the song says, “when you know the notes to sing, you can sing most (almost) anything.”

I’d rephrase that statement to “when you know the sounds to say, you can say most anything!”

“Seasons of Love” from “Rent” (Beginner) 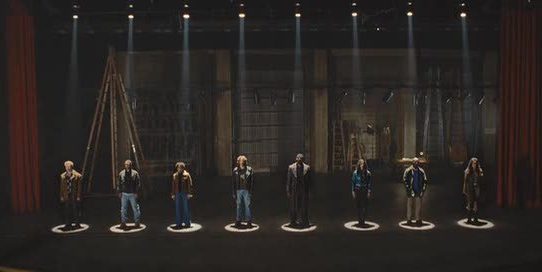 If you were ever in a choir or musical during your high school years, you might remember this classic song. I remember learning it in high school and having to enunciate every word so that we could be understood.

This song from the Broadway musical “Rent” is ideal for anyone struggling to pronounce numbers in English. The cast continuously sings the line, “Five hundred twenty-five thousand, six hundred minutes” (the number of minutes in a year).

Another reason this song is great to learn English is that the assorted vocabulary in the lyrics is quite simple and consistently repeated throughout the song. You don’t have too worry too much about unfamiliar words—you can just concentrate on pronunciation.

In daylights, in sunsets
In midnights, in cups of coffee
In inches, in miles, in laughter, in strife
In five hundred twenty five thousand six hundred minutes
How do you measure, a year in the life?

“The Bare Necessities” from “The Jungle Book” (Intermediate) 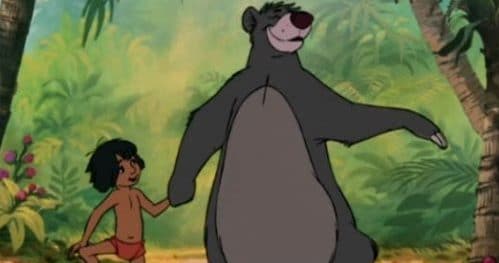 There’s nothing like a good old Disney song to improve your English pronunciation! They’re fun. There’s a plot to follow so you won’t get bored. Since nearly all of them are aimed toward children, the words are clear as a bell. Chances are, you know most of the words already, so you can focus on pronunciation rather than comprehension.

“The Bare Necessities,” written by Terry Gilkyson for the animated 1967 Disney film “The Jungle Book,” is an ideal tongue twister to practice several difficult sounds, rhyming words (such as paw/raw or bear/pear) and homophones (words that sound alike but have different meanings) such as bear/bare.

Have I given you a clue of all the things you can practice with these lyrics? 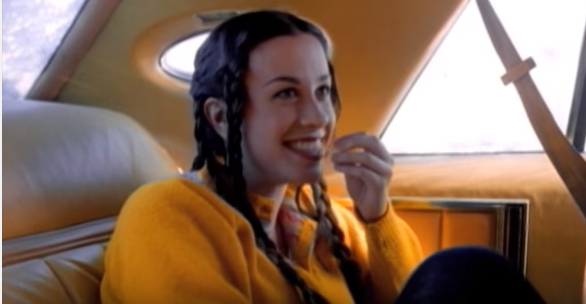 The pronunciations at the end of regular verbs in the past tense (e.g. ended, packed, died) often cause problems for non-native English speakers, because they can be pronounced in three different ways: (as “id,” as “t” or as “d”).

With plenty of regular and irregular verbs in the past tense, “Ironic” by Alanis Morissette is a great song to practice how to pronounce these difficult words.

Mr. Play It Safe was afraid to fly
He packed his suitcase and kissed his kids goodbye
He waited his whole damn life to take that flight
And as the plane crashed down he thought
“Well isn’t this nice…”
And isn’t it ironic… don’t you think? 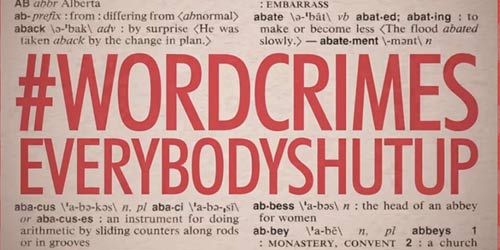 Set to the tune of “Blurred Lines” by Robin Thicke, this song is a catchy collection of cheerful jokes on the mistakes people make in written and spoken English.

However, what I like most about this song isn’t the grammar lessons, but the way you can learn to pronounce academic and linguistic terms like nomenclature quickly followed by a line with contractions and slang.

Okay, now here’s the deal… I’ll try to educate ya
Gonna familiarize you with the nomenclature
You’ll learn the definitions
Of nouns and prepositions
Literacy’s your mission

Finally, this song has plenty of lessons that are useful for advanced learners such as the fact that there’s no “x” in espresso, a word that’s often misspelled and mispronounced even by native speakers.

I’ll bet that if you can properly pronounce every word in this song, you’ll be speaking English better than most of the native speakers of the world!

Music offers a great and fun way to improve your pronunciation. Furthermore, simply exposing yourself to these songs in English will help you naturally acquire and incorporate these pronunciation aspects in your own speech.

Another reason for listening to songs to improve your pronunciation is that music can be an effective tool to lower your stress and anxiety toward speaking English. Singing can increase your confidence and your ability to pronounce words in English, which will make sure a very successful English learner.

But don’t forget the best part! You can now sing in English! Isn’t that cool?

What’s your favorite song for practicing English pronunciation? Let us know in the comments below.

Gabriel Goyo writes about language learning and teaches modern languages but can’t help wondering if he might have chosen to be something safer, like a ninja. You can read more about his adventures at his personal website: gabrielgoyo.com